On the occasion of Gabriel Garcia Marquez's birthday, with the attempt of the International Scientific Cooperation Office in the Institute for Humanities and Cultural Studies in collaboration with the Embassy of the Islamic Republic of Iran in Mexico, the Faculty of Philosophy and Literature of UNEM University (Mexico) and the Spanish Studies Research Center, the international webinar in titled "Magical Realism in Iranian and Mexican Literature and Cinema" was held on Thursday, March 4, from 6:30 pm to 9:30 pm. It was welcomed by more than a hundred people from Iran and Mexico. The meeting was attended by Los Aurora Pimentel (literary theorist and university professor from Mexico), Abdullah Kowsari (poet and translator from Iran), Parviz Jahed (filmmaker, film critic and researcher from England) and Maryam Haghrousta (associate professor of Spanish language department at the University of Tehran). In this meeting Ms. Niloufar Shakoori was responsible of simultaneous translation.

At the beginning of the meeting, Ms. Shokouh Hosseini (Director of the International Scientific Cooperation Office in the Institute for Humanities and Cultural Studies) and Maryam Haghrousta, after welcoming the audience introduced the meeting and the speakers.

The first speaker at the meeting was Aura Pimental, who began by reading a few pages from Gabriel Garcia Marquez's book “One Hundred Years of Solitude”:

"Throughout the story there is a village called Makondo. In what geographical location is this village? Although its location does not matter, what is valuable is time. When did the story take place? In the twentieth century? "At the time of the invention of the railway? Or not, does its history go back to the time of the early inventions? Perhaps a village in Macedonia."

Marquez use well the elements of space and time to create a space where realities lose their true meaning. A space where time changes easily. An element called place does not exist as we know it. "The future is the past, which is nothing but the present." The story is in the present, but it brings the past to the present and benefits from the future.

Circular and repetitive reflections, in “One Hundred Years of Solitude” by Gabriel Garcia Marquez, pass through the bumpy roads of time. Even numbers have not been used without prior thought in Marquez's stories, and each has its own characteristics.

A novel in the style of magical realism, full of interactions and influences of reality and magic, imagination and even delusion, has been created through Garcia Marquez's behavior with the time.

Turning reality into a magical and wonderful world is what Garcia Marquez achieves through narrative and rhetoric. In the 1920s, A German art critic Franz Roh used the term magical realism to describe the effect of a work of art on the viewer, the ability to portray the unreal or the strange as something commonplace.

In addition to rhetorical, descriptive, and narrative strategies, there are words and names with a strong citation load that are chronologically and culturally specific and create a magical effect in the true sense of the word.

“One Hundred Years of Solitude” has three coordinates of place, time and action - foundation on which the construction of the narrated world in each story is based.

At the end of Dr. Pimentel's speaking, Dr. HaghRoosta pointed out that Marquez's first translation into Persian dates back to about 48 years ago. Marquez belongs not only to Latin American literature but also to world literature, and Iranian writers have been influenced by his magical realism. Marquez himself acknowledges that he was also influenced by Eastern and Iranian literature.

According to Carlos Fuentes, another Mexican writer, Marquez had mentioned the effect of “One Thousand and One Nights” during his visit to Iran.

Parviz Jahed was the second speaker to speak about the importance of Marquez. According to him, Marquez does not only belong to Latin America, but also has a global personality. Many writers and artists around the world have been influenced by Marquez's style and work. His work is more influential in underdeveloped countries and the Third World. In Latin America, this style reflects the social and political position of the region. The two elements of history and politics play an important role in this.

Marquez's magical realism reflects and mirrors the lives of Latinos. Of course, it is often difficult to distinguish between realism, surrealism and magical realism.

Among the influences of Marquez and magical realism in Iran, we can mention the works of Gholam-Hossein Saedi and consequently the films made by Dariush Mehrjoui. But in general, it can be said that in Iranian cinema, films and products with the characteristic of magical realism have not been made.

Dr. Jahed referred to books and movies such as “Azadaran-e Bayal. Malakoot, Hamoon, Enter the dragon and the blind owl” and said: the lack of works with the characteristics of magical realism in Iran goes back to the religious atmosphere. In magical realism, ghosts, goblins and demons can play bold roles, and restrictions on the use of such elements in Iran do not allow the creation of significant works.

However, other restrictions in other parts of the world have led to a relatively small production of Marquez in cinema. According to Marquez, quoted by a director friend, it is very difficult to make a film that shows the characteristics of magical realism as well as what is in the stories, and on the other hand, people have a hard time communicating with it. Marquez himself once loved cinema and made a film, but such factors diminished his interest in cinema.

The third speaker at the meeting was Abdullah Kowsari, who, according to some of his translations, was the first Latin American writer and the most popular of them was Carlos Fuentes.

Magical realism in Latin America goes back to the history of this land. History and myth are intertwined in this style and have been able to create a genre that reflects the reality of Latin America.

"Many people say that Marquez's works are strange, but this is a fact that we live in," say Latinos.

You can watch and download the video of this meeting here. 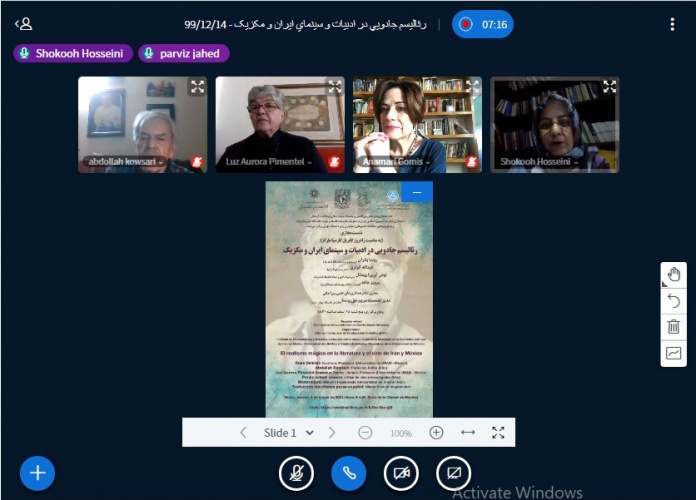 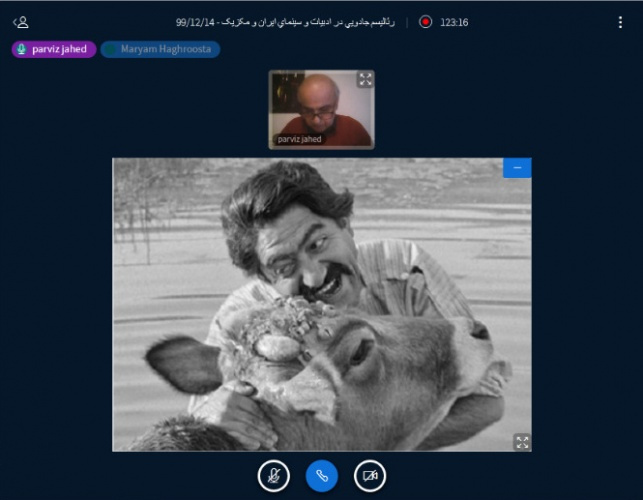 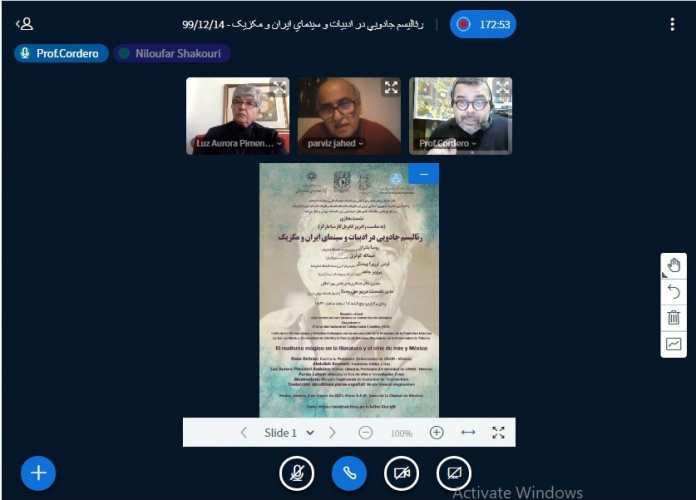 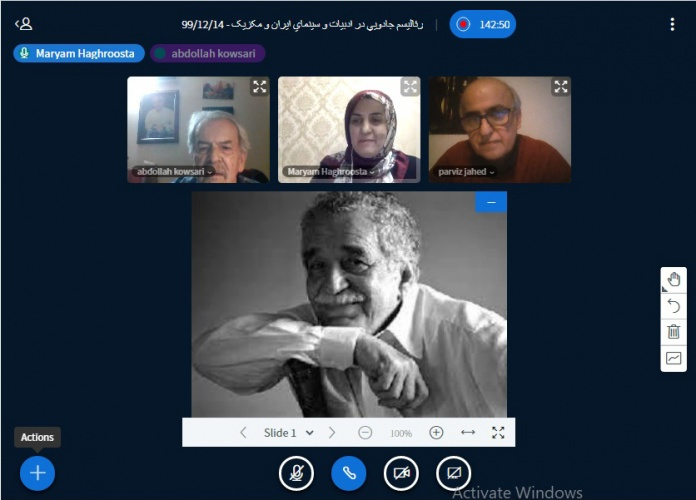 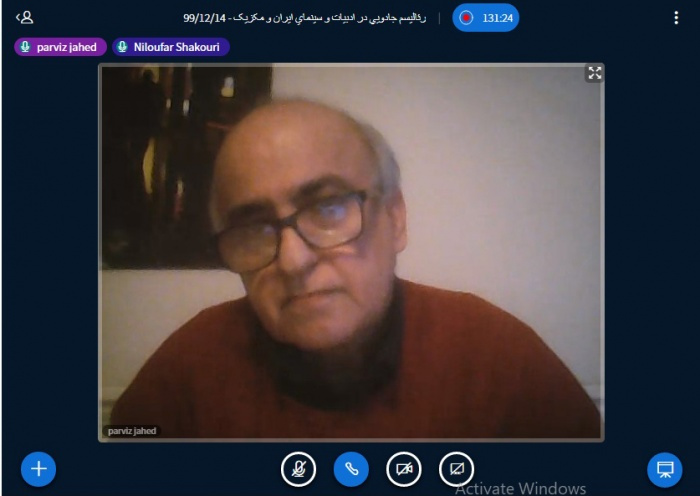 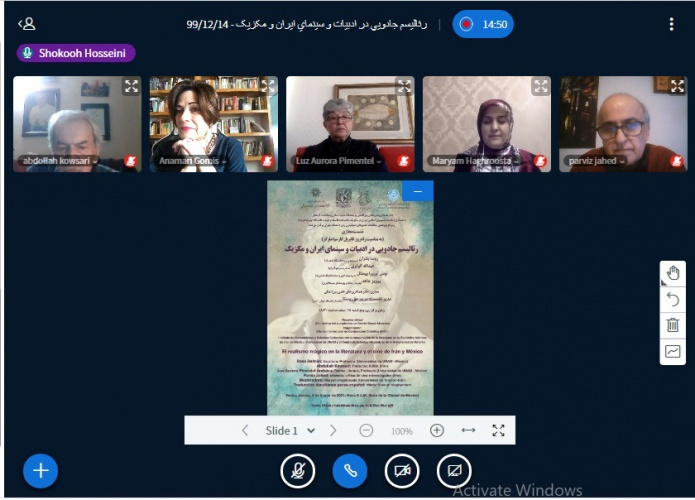 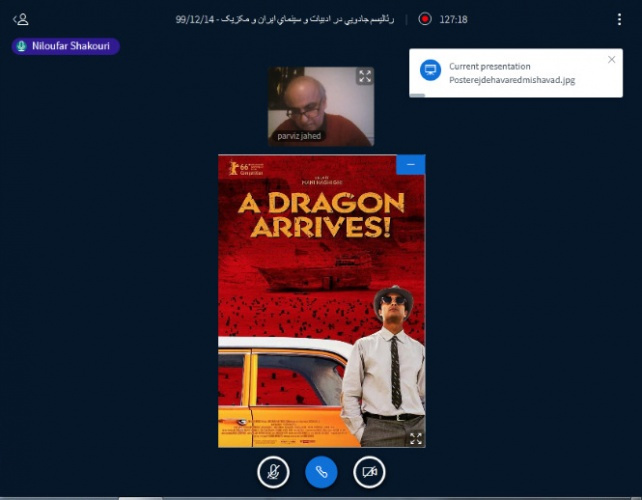 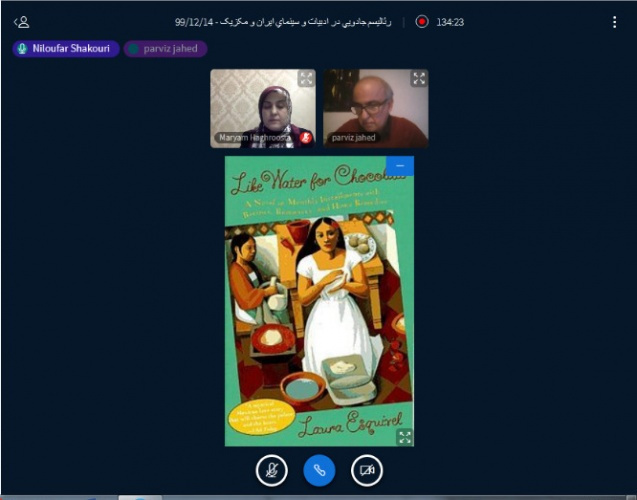 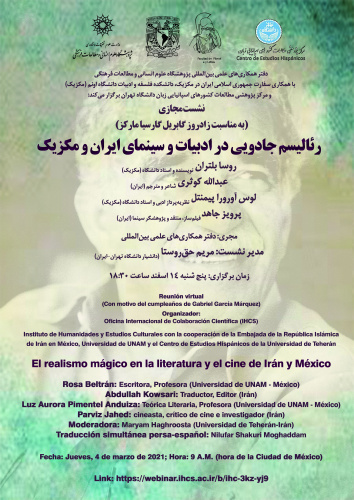